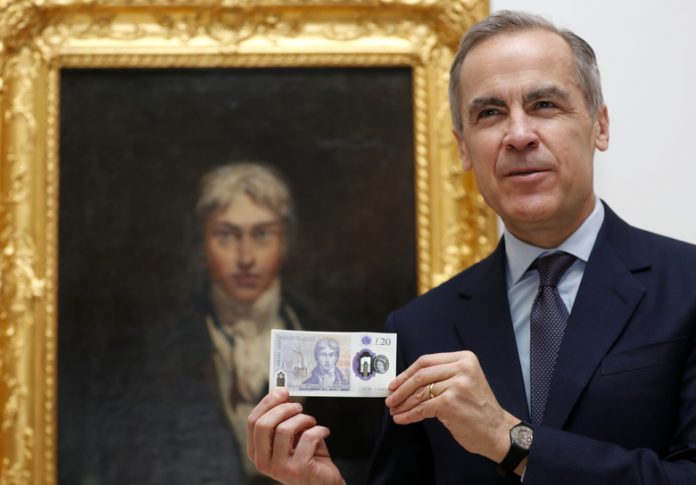 The new introduced polymer £20 banknote featuring artist JMW Turner will begin circulations in ATMs and tills across the United Kingdoms.

The new note which replaces the paper £20 note which features economist Adam Smith has been described as the ‘most secure banknote yet’.

The Bank expects half of all ATMs across the UK to be dispensing polymer £20 banknotes in just two weeks’ time.

The son of a barber and a wig maker, Joseph Mallord William Turner (1775-1851) became renowned as one of the great masters of painting.

He first exhibited at the Royal Academy in 1790 aged just 15 and over his lifetime produced more than 550 oil paintings, 2,000 watercolours and 30,000 sketches and drawings.

Among some of the new features on the note are, a large see-through window with a blue and gold foil on the front depicting Margate lighthouse and Turner Contemporary as well as Turner’s self-portrait, painted around 1799 and currently on display in Tate Britain.

Bad news for travelers as International air travel may not return to normal till...