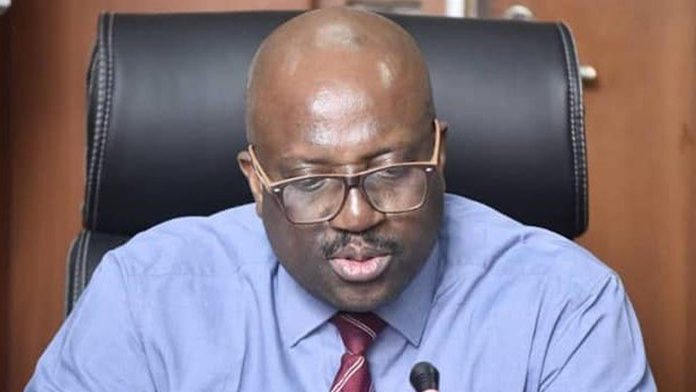 Alleges Committee head unjust
The crisis rocking the the Niger Delta Development Commission (NDDC) deepened on Thursday as the Acting Managing Director of the intervention agency, Prof. Kemebradikumo Pondei, walked out on members of the House of Representatives Committee on Niger Delta Affairs.

Speaking to newsmen, Pondei attributed his action to the headship of the probe committee by Olubunmi Tunji-Ojo, whom he said was an “interested and accused party” in the ills bedeviling the NDDC.

He alleged that the NDDC had over time “accused Tunji-Ojo of different crimes against the NDDC and its people (officials) and he has responded in the press.”

The acting managing director demanded the stepping aside of the panel chairman, and asked that an ad hoc committee constituted as conditions for his management team to defend itself.

He said: “Let just say that we are not comfortable with the Chairman of this committee presiding over a matter in which he is an accused party.

“He is an interested party and we do not believe that the NDDC can have justice because he cannot sit on his own case.

But, the Niger Delta Affairs Committee denounced his action, saying the IMC had till yesterday not formally communicated its chairman’s alleged offences to it in writing. It consequently issued a warrant of arrest on Pondei and passed a vote of confidence on Tunji-Ojo.

Woman to die by hanging for killing co-wife, seven children