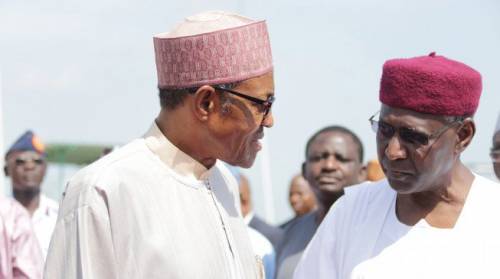 The Islamic Movement in Nigeria has alleged that its proscription order was not approved by President, General Muhammadu Buhari, as required by law.

The IMN said Justice Nkeonye Maha of the Federal High Court in Abuja, in issuing the proscription order on July 26, 2019, relied on a memo by the Chief of Staff to the President, Abba Kyari, claiming to have conveyed the presidential approval for the proscription application to the National Security Adviser, Babagana Mogunno.

PUNCH reported that the IMN’s legal team led by Femi Falana (SAN), also referred to a recently leaked memo addressed to the service chiefs, in which the author, Mogunno, accused Kyari of usurping presidential powers regarding matters, particularly relating to security.

The group also claimed neither Kyari’s memo nor a letter by Mogunno, dated July 23, 2019, requesting Buhari’s approval for the IMN’s proscription was exhibited in court.

These are contained in Shiites’ reply on points of law filed at the Federal High Court in Abuja in support of their suit challenging the court order proscribing and designating them as a terrorist group.

But the Federal Government in its documents filed at the court insisted that the proscription followed the law.