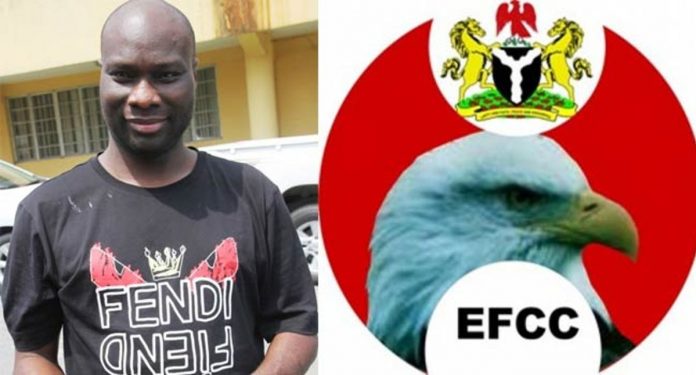 The Economic and Financial Crimes Commission has prayed the Federal High Court in Lagos to re-arraign Internet celebrity, Ismaila Mustapha, alias Mompha, having amended the money laundering charges filed him.

Recall that the anti-graft agency had November last year arraigned Mompha on 14 counts, bordering on fraud, money laundering and running a foreign exchange business without the authorisation of the Central Bank of Nigeria.

He had pleaded not guilty, granted N100m bail and trial had commenced.

In a recent development, EFCC informed the court that the charges against Mompha had been amended, and prayed that Mompha and his co-defendant, Ismalob Global Investment Limited, be re-arraigned on Wednesday’s return trial date.

When the amended charges were read to them, the defendants pleaded not guilty.

However, the defence counsel, Mr Gboyega Oyewole (SAN), sought a short adjournment to study the amended charge sheet, which he said was only served on him in court on Wednesday morning.