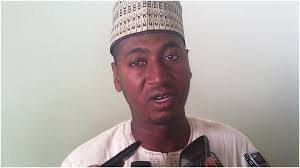 It stated its position through its National Secretary of the group, Alhassan Saleh, said this during an interview with The PUNCH on Wednesday.

He warned that their continued support for Operation Amotekun may hurt the Southwest’s chances of getting the Presidency in 2023.

Saleh said Miyetti Allah was disappointed in the South-West intelligentsia for supporting the outfit.

He said, “This Amotekun scheme is political and is not the solution to the problem of insecurity. What the South-West governors should have done is to continue to push for state police. Where did they expect to get the funding from at a time some of them are struggling to pay salaries?

“It is best they give up on this idea because it may affect the chances of the South-West to produce the President in 2023. The thinking is that if the South-West, a major stakeholder in this government, can be toying with this idea now, they may do worse when they get to power.”

The group also hailed the Attorney-General of the Federation, Abubakar Malami, SAN, for describing Amotekun as an illegal outfit.

Saleh said the AGF ought to have spoken long ago instead of waiting for things to have reached an advanced stage.

“We are in agreement with the AGF that Amotekun is illegal. In fact, we are unhappy that it took the AGF this long to react,” he said.