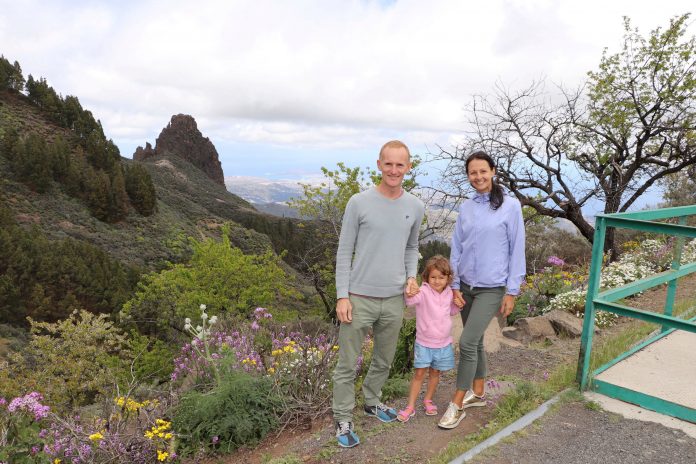 The quest for self fulfillment could lead one to paths never envisaged; such is the story of a couple who took a huge risk by selling their four-bedroom house in Sutton, Surrey, and quitting their jobs to travel the world.

Metro reported that Paul, 46, worked in telecoms and Yulia, 38, with the government, but they felt unfulfilled and wanted something different.

A decade on since they made their decision, they say they have never been happier and they’ve even managed to build a business while they travel, making a six-figure salary as life coaches.

Now, they’ve decided to settle in one place for the first time in years so their daughter Elanie, five, can go to school.

Yulia said: ‘We had a nice life and a lovely house but always wanted to live somewhere tropical.

‘We always knew what our passion was and we have broadened our horizons to get out there and do it.

‘It is the best decision we have ever made and we have helped so many people around the world overcome health issues.

‘So we decided to just sell everything and go off. We sold both our cars, our house and left the UK with just two suitcases.’ Along the way, they’ve visited 31 countries, starting with India in October 2009. They set off with no idea when they would return home but they have just kept moving to a new place every few months.

But two years in, money started to get a little tight. They didn’t want to stop travelling so Paul and Yulia devised a plan to build a business they could run from anywhere.

Yulia said, “Wherever we have internet we can run our business so it works really well for us. ‘We made six figures last year and we live on that to travel.’ Throughout their ten-year journey they have visited England for a couple of months at a time every other year – staying with friends or in rented accommodation. But in September last year the family decided to settle in Spain and have enrolled Elanie at a local school.