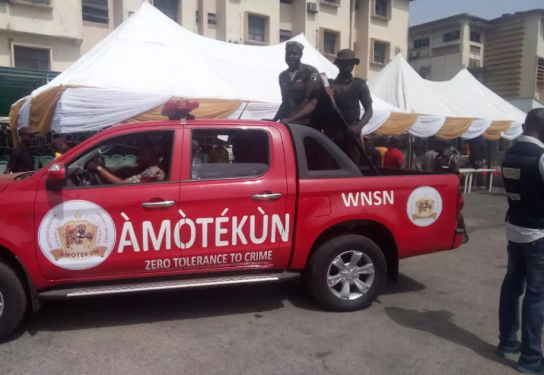 The National Youth Council of Nigeria (NYCN), has backed the South-West security initiative tagged ‘Operation Amotekun’, urging the South-East, South-South and others to follow suit.

The NYCN National Public Relations Officer, Mr Bestman Okereafor, made the call in a statement in Enugu on Friday.

According to Okereafor, governors of South-East, South-South among others should as a matter of urgency constitute their own form of “Operation Amotekun” to further tackle insecurity in their areas.

His words, “The attention of NYCN, the apex youths governing body has been drawn to a progressive and positive decision of the South West governors with regards to the formation and inauguration of the South-West security outfit tagged: “Operation Amotekun”.

“Information at our disposal reveals that following serial killings and kidnapping in 2019, the South-West governors, at a summit convened by the Development Agenda for Western Nigeria (DAWN) in June, agreed to set up “Operation Amotekun”.

“As progressive minded youths, we consider this as long overdue and calling on other geo-political zones to do same, as this is aimed at tackling insecurity and will also create jobs for some of our unemployed youths.

“NYCN, however, wish to make it known that we are fully in support of this development and strongly believe that the formation of “Operation Amotekun is in line with President Muhammadu Buhari’s war against insecurity and insurgents,” he added.