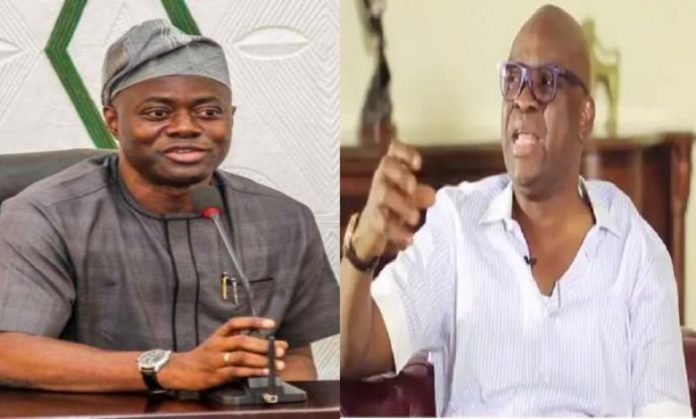 Checkout Magazine gathered that the cause of disagreement is the outcome of the Ekiti PDP parallel congresses, which produced two chairmen, Bisi Kolawole and Tunde Odebunmi.

Kolawole enjoys the support of Fayose, while Odebunmi is backed by Senator Biodun Olujimi.

However, Makinde has not acknowledged either Kolawole or Odebunmi as chairman. In his view, both Fayose and Olujimi camps should close ranks and find a political solution to the lingering leadership crisis.

Fayose through his media aide, Lere Olayinka, dismissed reports of an alleged feud with Makinde, saying they enjoy cordial relationship.

Fayose, who said the governor remains the leader of the party in the Southwest, being the only governor, advised him not to abuse his position by meddling in the internal affairs of the state chapters.

“The truth of the matter is that PDP in the Southwest has never been run as a one-man show and it will not start now. When Fayose was the only governor, he was not involved in who was chairman in Osun, Oyo, Lagos, Ondo and Ogun. Those people in those states chose their own people who will want to lead them. But reverse is the case now.”