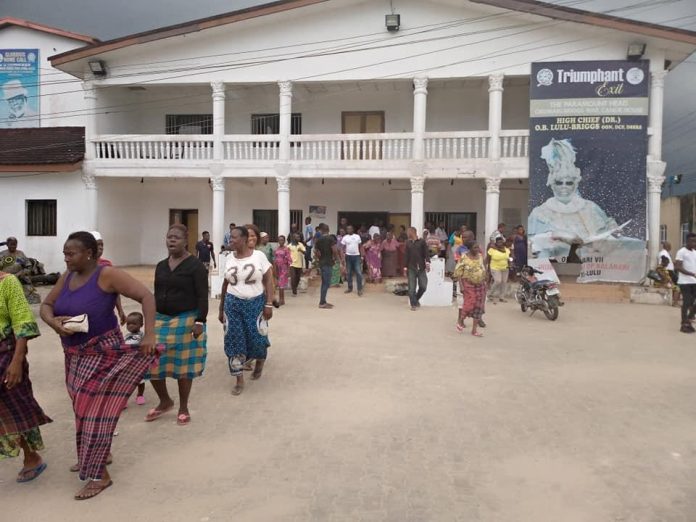 In the aftermath of the verdict delivered by a justice of the Supreme Court of Ghana on the remains of late High Chief O.B. Lulu-Briggs, his children have expressed their gratitude for support shown the family during the legal dispute with their step-mother.

Recall that following the demise of the late chief in December, 2019, custody of his corpse has been a subject of litigation between his wife, Seinye Lulu-Briggs and her step-children.

A statement signed by the head of the family, Chief Dumo O.B. Lulu-Briggs, the family expressed appreciation to all who supported them in their trying period.

He revealed that the family has concluded plans to give the deceased a befitting burial.

“Since the Certiorari application filed at the Supreme Court by the widow of our father, Mrs. Seinye Lulu-Briggs to quash those orders of the Ghana High Court that the Ghana Police and the Enterprise Funeral Home should release the mortal remains of our father to his family by custom, led by Chief Dumo O.B. Lulu-Briggs, Head and Chief mourner, but rather return the matter to the Ghana High Court has been dismissed by the Supreme Court, the final impediments to taking custody of the corpse of our dearly departed father has been removed and his body can finally come home.

“With that impediment removed, our family will meet and together with the chiefs of the Oruwari Briggs House, announce a burial date the day after our father’s body arrives in Port Harcourt and promptly organise a befitting burial for our dearly departed Opuda, the Paramount Head of the Oruwari Briggs War Canoe House of Abonema.”