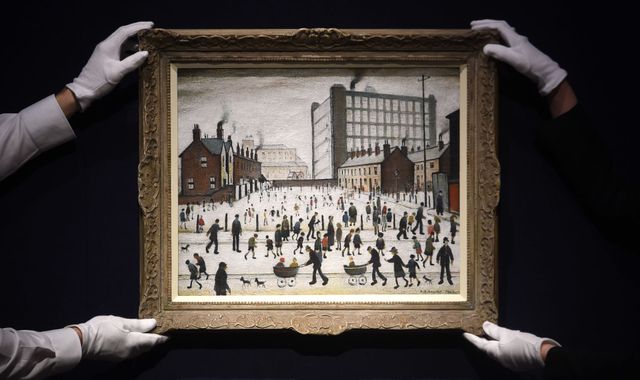 A piece of painting by British artist LS Lowry which has not been in public view for 70 years, has been sold for an expected sum more than £2.6 million.

The artwork themed “The Mill, Pendlebury” had been in the possession of one of the pioneers of DNA research, Dr Leonard D Hamilton.

According to report, the Manchester-born scientist had taken the painting with him to the US when he moved in 1949, leaving the art world unaware the piece even existed.

The painting was then rediscovered following the death of Dr Hamilton in August last year.

On Tuesday evening at London auction house Christies, the piece was sold to a private collector for £2.65 million, well above the £700,000 to £1 million it had been expected to fetch.

Like the majority of Lowry’s work, “The Mill, Pendlebury” is inspired by the mills, factories, chimney stacks and bustle of the country’s industrial heartlands.

But it features clearly defined figures of families enjoying a day out, instead of the hoards of vaguer “matchstick” men in the shadow of the urban landscape that recur in many of his paintings.