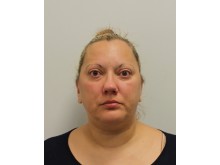 A Nigerian born Briton has been sentenced alongside a woman have been convicted for fraud following an investigation by the Met’s Central Specialist Crime – Cyber Crime Unit.

The suspects also applied for bank accounts, loans and credit cards in customer names without their knowledge.

On 22 November 2016 officers executed a search where they subsequently arrested Ajayi and Irbe for Fraud by False Representation. A search of the room they were living in was conducted and various items were seized including mobile phones, iPad, Tablets (Laptop), a computer and a financial document.

Both were arrested and bailed pending further enquiries.