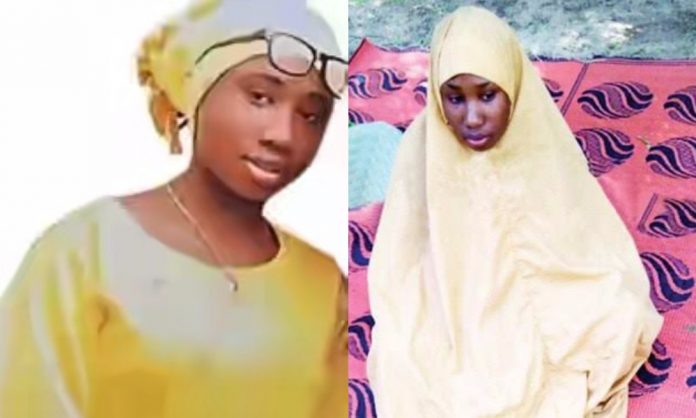 Christian teenager Leah Sharibu who was abducted from her boarding school in north-eastern Nigeria by Boko Haram insurgents, gave birth to a baby boy early Saturday, a source has revealed.

On February 19, 2018 at 5:30 pm, 110 schoolgirls aged 11–19 years old were kidnapped by the Boko Haram terrorist group from the Government Girls’ Science and Technical College (GGSTC).

Dapchi is located in Bulabulin, Yunusari Local Government area of Yobe State, in the northeast part of Nigeria.

On 21 March 2018 the Federal government announced that Boko Haram terrorists had returned 106 of the kidnapped children, including 104 girls who went to school, one girl who did not and a boy.

Leah, a Christian schoolgirl aged fourteen at the time of her capture, is the only remaining Dapichi schoolgirl still held hostage. Leah was reportedly not released along with the other children, because she refused to convert to Islam.

It has been gathered she was married off to a top Boko Haram commander who lives outside Nigeria.

The source said Leah was delivered of the baby early Saturday in Niger Republic. He added that the insurgents had wanted to release her few months ago but couldn’t because she was pregnant.

Obasanjo behind my impeachment over his third term – Ladoja