…. impeached deputy not guilty of charges

Kogi State Government bid to swear in newly appointed Deputy Governor designate Edward Onoja as required by the Constitution has hit a bottleneck.

Onoja, who is Governor Yahaya Bello’s running mate in next month’s election, was named on Friday as successor to Mr. Simon Achuba.

Achuba was impeached by the State House of Assembly within hours of the submission of the report of the panel raised by the Chief Judge of the state, Justice Nasiru Ajana to investigate the allegations against him.

However, the panel headed by a senior advocate of Nigeria (SAN), Mr. John Baiyesha, had cleared Achuba of all the allegations against him.

Authoritative sources in the State said judges are reluctant to inaugurate Onoja because of the panel’s clearance of Achuba of the allegations against him, Nation Newspaper reported.

The panel said allegations of misappropriation of funds and non-compliance with extant financial regulations by the Deputy Governor were not proved.

The report said in part: “In line with Section 188(8) of the Constitution of the Federal Republic of Nigeria 1999 (as amended) quoted herein before, we hereby report to the Kogi State House of Assembly that the allegations contained in the Notice of Allegations admitted in evidence by this Panel as Exhibit C7 have not been proved.”

There is now suspense over who will administer the oath of office on Edward Onoja. 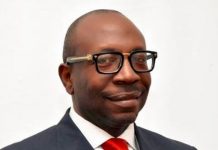 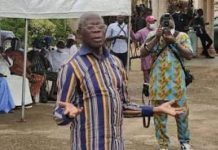 Oshiomhole taunts Obaseki, vows to punish him at the polls 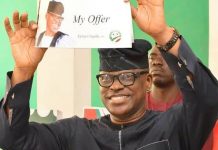 COVID-19: Kaduna State residents to be home-bound for 30 Days