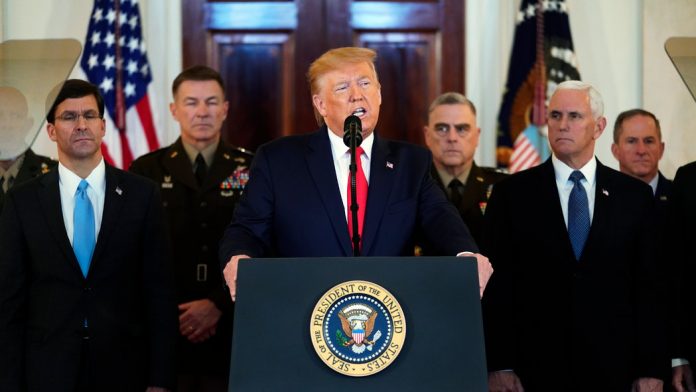 United States President, Donald Trump has pushed for the enactment of a $1 trillion stimulus package, in a bid to reduce the economic impact of a Coronavirus outbreak on the citizens.

Americans had to stay at home as the disease which has killed over 100 people in the country spread across all 50 states.

President Donald Trump said progress was being made against the fast-spreading pathogen and predicted the US economy would “come roaring back” when it slows.

“It’s going to pop,” said Trump, who is seeking re-election on Nov. 3.

The Republican president’s tone on the pandemic has changed sharply over the past few days. After initially playing down the threat and focusing on the stock market, his administration has begun pushing for urgent action to stem the disease’s economic and human toll. The White House on Tuesday urged Americans to avoid groups larger than 10.