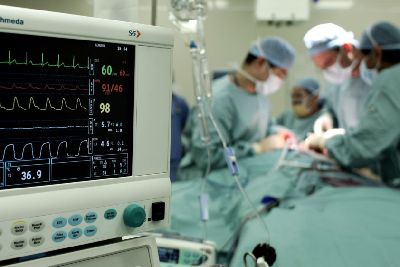 All non-urgent operations in England will be cancelled for months in a bid to relieve some pressure on medical staff amid the coronavirus outbreak. The NHS is postponing all such operations from April 15 at the latest, for three months.

Simon Stevens, NHS head in England, said hospitals have been asked to send home as many patients as possible to free up a third of the 100,000 general and acute beds in England for those suffering with Covid-19.

Health chiefs have asked staff to achieve this by cancelling elective operations, speed up discharges and use the private sector where possible. An NHS England letter, which was sent to hospital trust chiefs across the country today, reads: “The operational aim is to expand critical care capacity to the maximum; free up 30,000 (or more) of the English NHS’s 100,000 general and acute beds.

“To that end, trusts are asked now to… assume that you will need to postpone all non-urgent elective operations from 15th April at the latest, for a period of at least three months —and urgently discharge all hospital inpatients who are medically fit to leave. The goal is to try to stop the healthcare system becoming overwhelmed during a potential surge of coronavirus cases, while at the same time limiting exposure of healthy individuals to the infectious virus.

On Tuesday, another 407 people tested positive for coronavirus in just 24 hours, bringing the total number of UK infections to 1,950.

However, England’s chief scientific adviser said there are currently likely to be 55,000 cases in the country, based on scientific estimates. It comes after Health Secretary Matt Hancock admitted the UK does not have enough ventilator beds to see the NHS through the crisis, which is thought to reach its peak within the next few weeks.

Boris Johnson has already asked engineers to draw up plans to quickly produce more ventilators in the country, amid concerns that critical care facilities will come under intense pressure as the outbreak intensifies. Negotiations are also taking place with private health firms about access to their hospital beds.

Mr Hancock said the thing the NHS ’needs more than anything else’ is ventilators – which he admitted are ‘complicated’ to create – and the government has been buying as many as possible, while producing more too.

However, he said he could not make guarantees that everyone who requires a ventilator will get one, saying: “We don’t make guarantees in healthcare.” Experts said it was ‘unforgivable’ and ‘very worrying’ the UK didn’t already have enough beds readily available and it would be incredibly difficult to get hold of more as the rest of the world is also ‘scrambling’ to buy them. Chairman of the British Medical Association, Dr Chaand Nagpaul, said the UK’s lack of ventilators when compared to other countries is ‘a result of a decade of under-funding’.

On Monday, Prime Minister Boris Johnson announced what he called the most far-reaching measures the population has experienced in peacetime to slow the spread of the coronavirus.

Tinubu celebrates Gbajabiamila at 59, Sanwo-Olu at 56