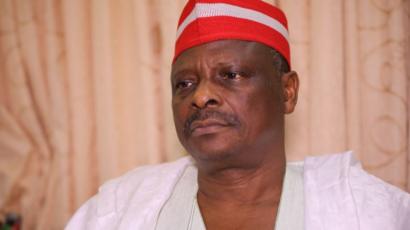 Former Governor of Kano State, Rabiu Musa Kwankwaso’s convoy was at the receiving end of violence by armed men in the ancient City on Tuesday.

Checkout Magazine learnt however that no one was injured in the attack which resulted in the destruction of three of the vehicles in the former Governor’s convoy.

The incident was said to have occurred shortly after Senator Kwankwaso had conferred with the Chairman of Kano State PDP ward Congress, Governor Fintiri at Tahir’s Guest Palace.

A statement by Ibrahim Adam, Spokesman to Abba Kabir Yusuf, 2019 PDP gubernatorial candidate said, “the leader escaped unhurt
Adam said, “While leaving the hotel, some hired thugs attacked the convoy of Sen. Kwankwaso and destroyed 3 cars belonging to some of our House of Assembly members.”

The spokesman, however, said, “But, Alhamdulillah, the Congress was successful. They couldn’t achieve what they wanted to achieve.”

Abba Kabir Yusuf was said to have expressed satisfaction with the outcome of the Congress which was contested for by some aggrieved members in Court.

The Sunday Dare of My Personal Experience