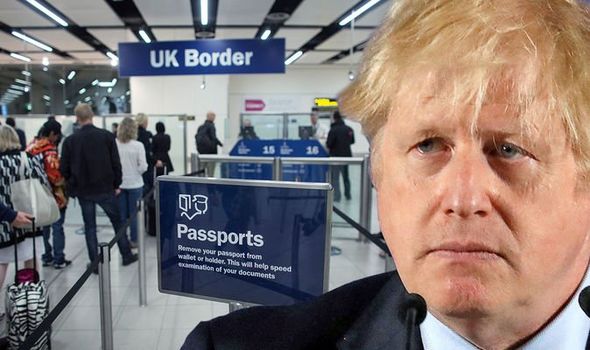 Migrants from the EU will have to speak English and have a job offer under sweeping reforms to end Britain’s reliance on cheap European labour.

The measures are part of the biggest shake-up to border rules since the country joined the Common Market in 1973.

Low-skilled immigration will be made virtually impossible under a points-based system as free movement rights are consigned to history.

Instead, EU migrants’ chances of getting a work visa will be the same as for applicants from elsewhere.

They will need at least 70 points to work in Britain, with points awarded for speaking English, if the job earns a salary above £25,600 and if it is at a certain skill level.

Highly skilled workers – such as scientists – will be able to come without a job offer as the Government re-aligns the immigration system to the ‘brightest and the best’. But there will be no general visas for low-skilled migrants.

Last night, Home Secretary Priti Patel said she had listened to the ‘clear message’ from the 2016 Brexit referendum and the 2019 General Election that the public wanted ‘a reduction in low-skilled immigration’.

Home Office officials warned that businesses would have to wean themselves off cheap labour from the Continent.

Instead, employers will be encouraged to recruit from Britain’s pool of 1.3million unemployed, or pay higher wages to ensure they retain existing staff.

However, there was an immediate backlash last night with some industry leaders warning that the plans spelled ‘absolute disaster’ for the care system, and for farmers, builders and the hospitality sector.