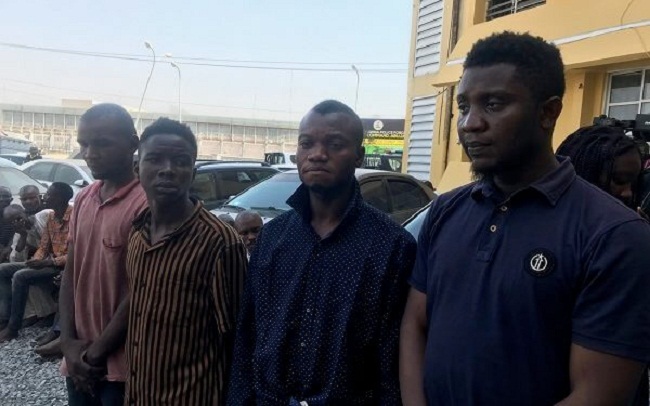 The police on Tuesday paraded three suspected robbers, who attempted to rob an old generation bank in the Mpape area of Abuja last Saturday.

An employee of the bank, Larry Ehizo, 30, was alleged to have led three others, Timothy Joe, 21; Princewill Obinna, 24; and Elijah David, 19, to the bank in an attempt to steal a huge sum of money from it.

Ehizo, who allegedly masterminded the robbery, was said to have also driven his gang members to the bank premises in his Peugeot 206 car and provided directions on how to access the vault.

The bank employee also allegedly gave them black fez caps to cover their faces before he disabled the close circuit television cameras on the premises.

Parading the suspects, the Commissioner of Police in charge of the Federal Capital Territory, Bala Ciroma, said efforts were being made to arrest other members of the gang, who are on the run.

Narrating how the failed heist was executed, David alleged that Ehizo informed the gang members that the robbery would rake in N7m and assured them that only a few staff members would be at work on the day of the incident.

David further explained that the banker administered an oath of secrecy on him before they went for the operation.