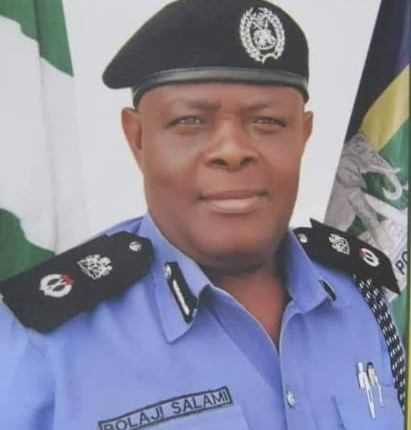 Ondo State Police Commissioner, Salami Bolaji, has stated that he is apolitical and committed to performing his responsibilities which involves protecting lives and property of citizens of the state.

His statement comes following a viral video showing a confrontation between him and Deputy Governor of the state, Agboola Ajayi, late Saturday night at the government state house in Akure.

The Ondo CP in a statement signed by the Police spokesman, ASP Tee-Leo Ikoro, explained that he went to the Ondo State Government House on Sunday night by policemen who could not settle dispute between aides of Governor Oluwarotimi Akeredolu and the Deputy Governor.

He said he was informed that both aides of the Governor and the deputy were having a face off over the number of cars the Deputy could move out of the place at night.

He said he went to the scene when his officers and men at the government house could not broker peace between the aides of the governor and that of the deputy governor over the number of cars the Deputy governor would drive out at the time.

According to him, “CP Salami has never been a politician all through his life and would not want to be dragged into politics.

“He advised the good people of Ondo that as the race to Ondo government house draws very close, politicians with interest in the race should learn to play their game with the dictate of its laws; and also advise their followers to shun any act capable of causing chaos or lawlessness in the State as he concluded”.

“He vowed to police Ondo State and its people with humility. He will not allow the ego and sentiment of any individual dictate what form of policing style he should use”.