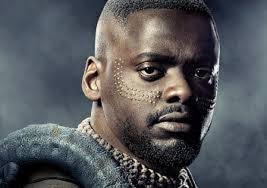 The Get Out and Black Panther star Daniel Kaluuya has expressed his reservations on being drawn into conversations around racial issues, noting that he finds it boring to talk about his work in terms of race.

The British actor and writer gained international fame with his starring role in the horror film Get Out, for which he was nominated for a string of awards, before moving on to Marvel’s Black Panther and the Steve McQueen thriller Widows.

30-years-old, Kaluuya told Radio Times in an interview, “I’m not going to ignore that I’m surrounded by [racial issues], but I’m not defined by it. I’m just Daniel, who happens to be black.”

This year’s Oscars and Bafta shortlists received heavy criticism for their lack of diversity, but Kaluuya said he did not want to be pushed into becoming a spokesperson for black actors. “What is there to talk about race? It’s just boring to me. What’s the debate? I’m more of a doer. I’m just going to do what I want to do.”

Although race is an issue at the centre of Get Out, which follows a series of disturbing events when an African American man meets his white girlfriend’s family, Kaluuya said he had played a wide variety of roles that often went ignored and he did not want to become “the race guy”.

Kaluuya said he might have had some reservations about taking on another role that would lead to him being asked about race.

The British actor and writer, from north London, has previously said he started doing more American movies as he felt he was not getting roles in England because of his skin colour. Now he has clarified that it was mainly to do with a lack of challenging roles, and at the age of 25 he found he was too old to play children, and too young to play men. 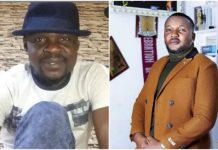