State Governors in Nigeria have reacted to the threat issued by the leadership of Miyetti Allah Kautal Hore, maintaining their stance of not donating lands in their regions for herdsmen settlements.

The National President of the herdsmen group, Alhaji Abdullahi Bodejo, in a statement last weekend said governors who wanted peace in their states must establish herdsmen settlements.

“You are a governor and you want to enjoy peace in your state, you don’t need any long meeting, just create a particular area for the Fulani and equip them with modern facilities,” Bodejo said.

However, reacting to the Herdsmen leadership, governors from the four geopolitical zones of the country told Sunday PUNCH no amount of threat would force them to donate lands for settlements in their regions.

The governors who spoke through statements by their media aides said neither Ruga nor any other forms of herdsmen settlement would be allowed in their domains despite the threat.

In the Middle Belt, Governor Samuel Ortom of Benue State and Darius Ishaku of Taraba State said Miyetti Allah was only trying in vain, saying nothing would make the region give land for herdsmen settlements.

Delta, Cross River and Rivers states said no amount of threats by Miyetti Allah would make them change their positions on Ruga.

In the South-West, governors of Ekiti and Ondo states said they would not rescind their decisions on not having Ruga.

In the South-East, the Enugu State Commissioner for Information, Mr Chidi Aroh, reaffirmed the state government resolution of the South-East governors that there was no land for Ruga in the zone.

The South-East Governors’ Forum had in a resolution issued at the end of its meeting in Enugu declared that the zone had no land to donate for Ruga or for the National Livestock Transformation Plan.

It further banned the movement of cattle by foot in the region, describing it as the point of conflict of herders with the farmers and natives. 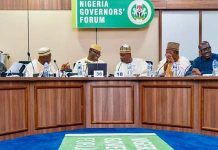 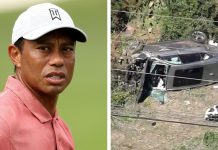 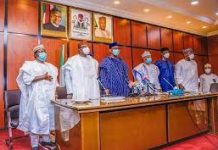