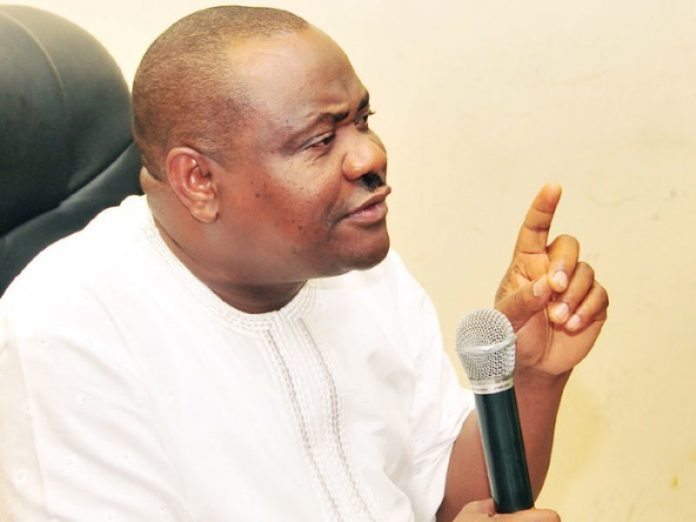 Rivers State Governor, Nyesom Ezenwo Wike has drawn the attention of the Federal Government to alleged inflammatory comments attributed to the National Chairman of the All Progressives Congress ( APC), Comrade Adams Oshiomhole.

According to Wike, such remarks are capable of destabilising the country.

He further chided the APC National Chairman for saying that there will be no swearing-in of the PDP Candidate in Bayelsa State, saying he has no such powers.

He said: “The Federal Government should warn Oshiomhole to stop making remarks that will destabilise Nigeria.

“What he is doing in Edo State is not proper and he should not bring it to the rest of the Niger Delta.”

He said that Oshiomhole lacks the power to make pronouncements after the Supreme Court has ruled on the Bayelsa matter.

He added that Oshiomhole is making unguarded statements because he has lost the support of APC Governors; hence he wants to curry favour through careless talks.

Governor Wike further described Oshiomhole as a man who preaches one thing, then goes ahead to practise a different thing.

He said the situation in Edo State has exposed Adams Oshiomhole as a godfather who once preached against godfathers.

Having cabals in govt not wrong, says Presidency