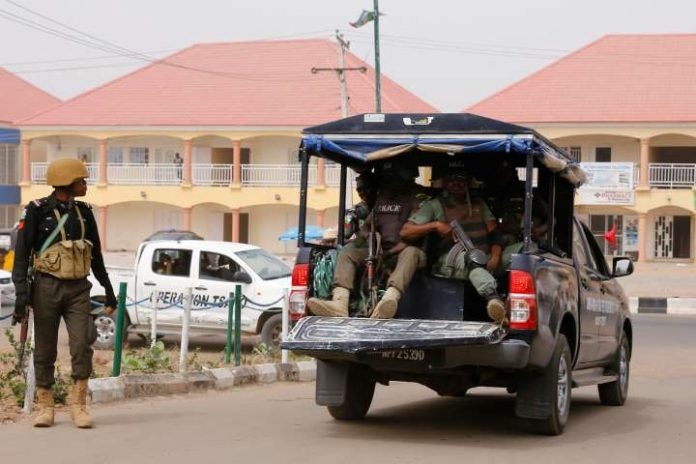 As violence greeted the sacking of the elected candidate of the All Progressive Congress (APC), Chief David Lyon at the last Governorship election in Bayelsa state, by the Supreme Court, the Police have imposed three-day dusk to dawn curfew in the state.

The Police decision was announced by the Commissioner of Police in the state, Uche Anozia on Friday, he noted the curfew will last between 8pm – 6am.

The curfew comes after some Angry group occupied major streets and the Government House on Friday morning, armed with APC flags and bearing placards, protesting the ruling of the apex court.

Channels reported that the Peoples Democratic Party (PDP) secretariat in Yenagoa was also not spared as the angry protesters attacked the building destroying properties.

They also stormed the private residence of the former governor of the state, Seriake Dickson, destroying properties belonging to the family of Mr Dickson, and the Bayelsa Broadcasting Corporation and destroyed 10 vehicles and properties.

The protesting members also called for a review of the Supreme court judgement which sacked David Lyon as Bayelsa State governor-elect.

The attacks follow the issuance of Certificate of Return to Senator Douye Diri of the PDP by the Independent National Electoral Commission (INEC) in Abuja, on Friday.

INEC Chairman, Mahmood Yakubu told journalists during a briefing in Abuja that Diri was declared the winner of the November 2019 election after top INEC officials met to review the results of the election, without the votes of the APC which have been voided by the court.