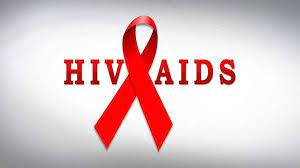 The Auditor-General of the Federation has queried the National Agency for the Control of AIDS (NACA) for reportedly failing to release records of Global Fund grants for audit.

The query is contained in the 2016 report of Auditor General of the Federation now being considered by the Senate Committee on Public Accounts, chaired by Senator Matthew Urhoghide.

The committee has also sustained the query against the agency as Urhoghide berated NACA for failing to include the financial activities of the Global Fund like amounts received from the fund and their utilisation in the 2015 Financial Statements of the agency.

The query reads: “The records of Global Fund with the agency were not released for audit examination despite repeated demands.

“As a result, it was not possible to ascertain the total amount received from the fund during the year to form an objective opinion on the judicious utilisation of the money. All efforts to obtain the records, including explanations, were not successful.

“Similarly, the financial activities of the Global Fund such as amount received from the fund and its utilisation were not incorporated into the 2015 Financial Statements of the agency, to form part of the agency’s incomes and expenditures for the year.

“The Director-General did not respond to my report dated 29th August, 2017. He should, therefore, be compelled to explain the incomplete financial statements.”