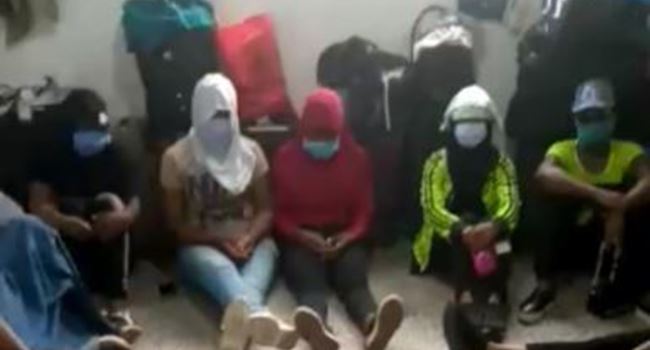 The Federal Government has rescued about 22 estranged girls who appealed to the Nigerian government and well-meaning citizens to come to their aid in Lebanon, Checkout Magazine learnt.

According to the Nigerians in Diaspora Commission (NIDCOM), the girls will be part of the 150 other Nigerians stranded in Lebanon that will be evacuated between August 12 and 16.

Recall that a video that had gone viral showed the ladies packed in a small room asking for the government and Nigerians to come to their aid.

According to a tweet by NIDCOM, they will be evacuated back home along with other 150 Nigerians stranded in the country.

The commission, in a statement signed by Mr. Gabriel Odu of its Media and Publicity Unit revealed the evacuation plan after NIDCOM management, led by its Secretary, Dr. Sule Yakubu Bassi, visited the Lebanon Ambassador to Nigeria, Mr. Houssam Diab, in Abuja.