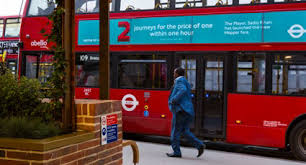 London transport chief Heidi Alexander on Monday advised residents against the use of public transport as more persons were poised to return to work in the new week.

The deputy mayor for transport tweeted early this morning: “LONDON: please don’t use public transport unless you really have to.

“Work at home if you can. Don’t travel first thing. Wear a face covering. And always wash your hands before and after you travel.”

Extra security guards were on duty at main railway stations, where new barriers were also deployed, to limit the number of passengers getting on trains if there is a rush-hour surge.

Rail services were set to be increased to weekend-type services, with thousands more people expected to return to work under the Government’s plan to accelerate economic activity by lifting lockdown restrictions.

But the capacity of trains could be at little as ten to 15 per cent per cent normal levels as social distancing rules are applied.

Cabinet minister Oliver Dowden told Sky News that there could be queues at some stations to get on trains as the numbers boarding were “rationed” to ensure the services were as safe as possible.

Men with beards are more attractive to women looking for partners, study finds