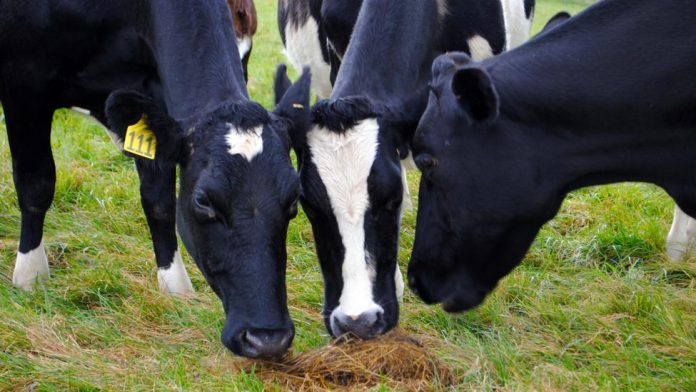 Cows tell each other how they feel through their moos, according to a new study. The animals have individual vocal characteristics and change their pitch depending on their emotions, according to research by the University of Sydney.

Alexandra Green, the study’s lead author, said: “Cows are gregarious, social animals. In one sense it isn’t surprising they assert their individual identity throughout their life. This is the first time we have been able to analyse voice to have conclusive evidence of this trait.”

The study found that cows use their voice to help them maintain contact with the herd and express excitement, arousal, engagement or distress. Talking about the animals she studied, Ms Green said: “They have all got very distinct voices. Even without looking at them in the herd, I can tell which one is making a noise just based on her voice.”

She would record and analyse their calls, using the pitch to “assess how aroused or excited the animal is in a certain situation”. Previous research has found cattle mothers and offspring communicate through individuality in their lowing.

However, this new study has detailed how cows keep their individual moo throughout their lives, even when talking among themselves. It found the animals studied would speak to each other during their sexually active period, while waiting for or denied food and when kept separate from the group.

The University of Sydney research, which has been published in Scientific Reports, recorded and analysed 333 samples of cow vocalization. “Ali’s research is truly inspired. It is like she is building a Google translate for cows,” said Cameron Clark, an associate professor at the university.

Ms Green said she hoped her research would help farmers “tune into the emotional state of their cattle, improving animal welfare”.

A 2018 study found that animals communicate with each other in a similar way to humans. Taking turns in conversations had previously been considered something that distinguished the human language from the way animals talk to each other — but this research found the characteristic exists throughout the animal kingdom.