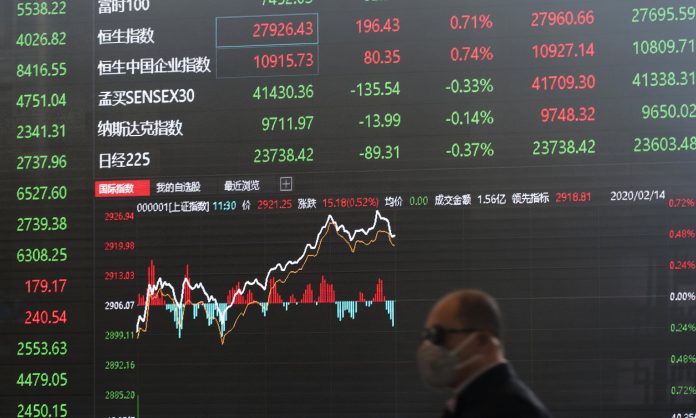 The global death toll from coronavirus could reach as high as 15million even in the best-case pandemic scenario, a new study says.

The research by the Australian National University also found that global GDP could shrink by as much as $2.3trillion even in what they call a ‘low-end’ pandemic.

In the most disastrous scenario, the death toll could reach a staggering 68million including hundreds of thousands of deaths in Britain and the United States.

In that worst-case pandemic, some countries’ economies would shrink by as much as eight per cent in a global meltdown.

The two researchers who published the paper, Warwick McKibbon and Roshen Fernando, warn that ‘even a contained outbreak could significantly impact the global economy in the short run’.

In the so-called ‘low-severity’ case, the death rate in China is estimated at around two per cent and adjusted for other countries.

The global death rate has been drifting higher than that in recent weeks, currently hovering around 3.4 per cent.

In that ‘low-end’ pandemic, the study estimates that more than 15million people would die within the first year of the outbreak, which started in China last December. The estimates suggest that India and China would each lose millions of people, with more than 230,000 people killed in the United States.

‘These estimated deaths from COVID-19 can be compared to a regular influenza season in the United States, where around 55,000 people die each year,’ researchers point out.

South Korea and Italy, which have suffered particularly widespread outbreaks in recent weeks, would also be bracing for tens of thousands of deaths, the study says.

Coronavirus: How UK Police shut down Karaoke party during lockdown