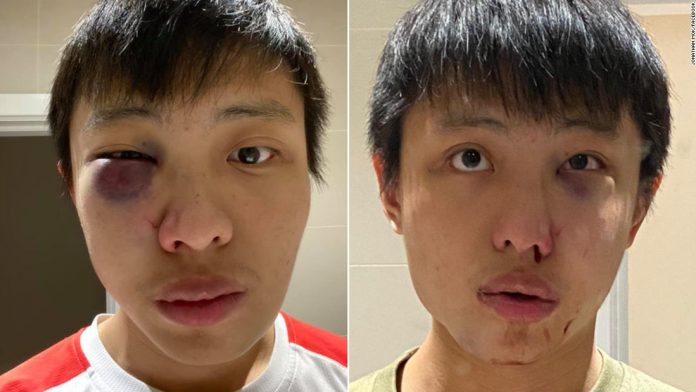 New Police figures has revealed an increase in hate crimes against Chinese people amid the coronavirus outbreak.

In the first three months of 2020 not less than 267 offences were recorded – including assaults, robberies, harassment and criminal damage.

The rate of hate crimes against Chinese people between January and March was nearly three times that of the previous two years, according to data released by UK police forces to Sky News.

Jeremy Wu, a student nurse working in the UK, said he has faced discrimination from some patients and colleagues, with one co-worker asking him: “Why not go back to your country with your virus?”

Actor and director David Tse, who moved from Hong Kong to the UK as a child, revealed he was recently racially abused by a woman in a London street who said: “F*** your f****** virus, take it home with you.”

He is part of a COVID-19 anti-racism group to try to tackle the problem, telling Sky News: “Racism is never warranted any time but now, in particular, it makes me angry.

Checkout Magazine learnt that the police, prosecutors and the courts have made it clear that they will take such crimes very seriously.

“We will continue to monitor any trends that arise, and to support affected communities, including with translated information on how they can report issues to the police and get the appropriate support,” said the police.