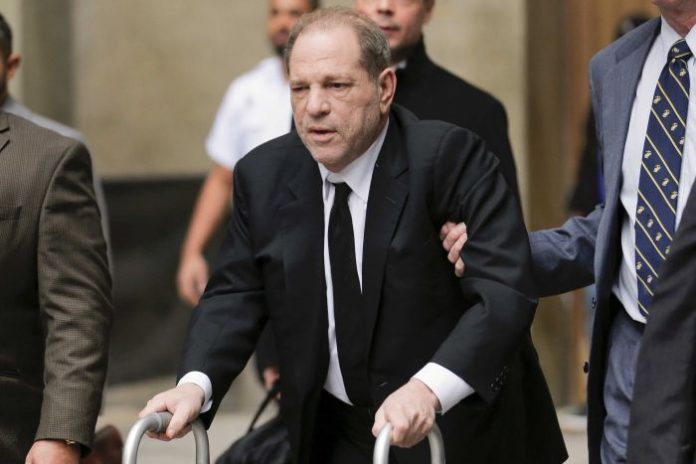 Disgraced Hollywood mogul Harvey Weinstein has tested positive for the coronavirus in prison, according to reports.

The Niagara Gazette reports that the 68-year-old had been moved into isolation at Wende Correctional Facility, near Buffalo, New York.

He was moved to the prison from Rikers Island in New York City on Wednesday. The Gazette reported that it was believed he had contracted Covid-19 before being transferred.

Staff at Wende declined to comment when contacted by The Independent. A call to the offices of Donna Rotunno, Weinstein’s attorney, had not been returned at the time of writing.

However, Juda Engelmayer, another of the former producer’s lawyers, told the Daily Beast: “Our team … has not heard anything like that yet.”

Weinstein was sentenced to 23 years in prison for third-degree rape and sexual assault following a sensational trial in New York City.

Earlier on Sunday, 7 Eyewitness News reported that two inmates at Wende had tested positive for coronavirus, although it did not identify Weinstein as one of them.

Since his sentencing on 11 March, Weinstein divided his time between Rikers and Bellevue Hospital where he was treated for chest and back pains and high blood pressure.

In mitigation before he was jailed, his lawyers stressed his poor health. He was regularly seen turning up to the Manhattan court room using a walking frame. His lawyers have said they will appeal his conviction.

The guilty verdicts on two of the five charges against him, and his 23-year sentence, were widely seen as a vindication of the MeToo Movement, which gained momentum following the first accusations against him. Dozens of women have claimed they were assaulted by him over a period of decades. Weinstein still faces charges of rape and sexual assault in California.