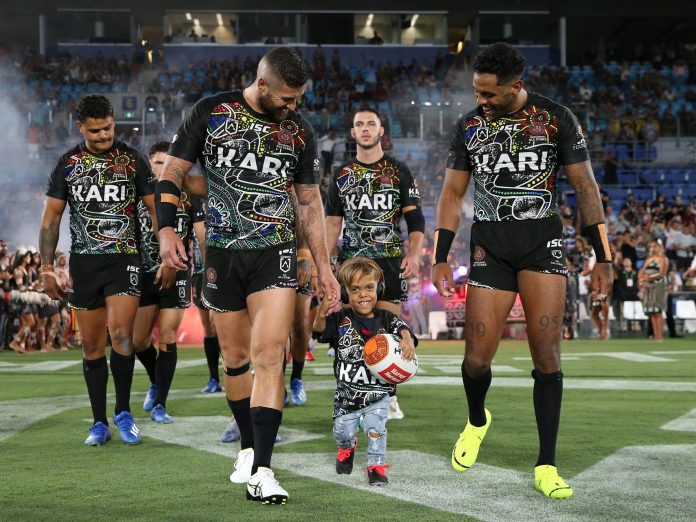 From crying in a car to leading a rugy league team to the field, 9 year old Quaden has raised international attention concerning his gentic disorder after a video of his mother decrying bullying goes viral.

Checkout Magazine gathered that crowdfunding for the child nears the half a million mark.

Quaden Bayles, who lives with dwarfism-causing genetic disorder achondroplasia, was filmed by his mother Yarraka in a state of distress as she attempted to highlight the pain that bullying can cause.

Following a global display of empathy, the boy – who himself is aboriginal Australian – was asked to lead the Indigenous All Star rugby league team onto the field at the Cbus Super Stadium ahead of their clash with the Maori All Stars in Queensland.

In an invitation video to the child, fullback Rabbitoh Latrell Mitchell said: “We’ve got your back and just want to make sure that you are doing alright … we want you around, we want you to lead us out on the weekend”.

The gesture came after Quaden’s pain and his mother’s frustration were shared across the globe in a video now viewed more than 20 million times.

“This is what bullying is doing and I want people to know how much this is hurting us as a family,” his mother says in the clip as the child threatened to harm himself.