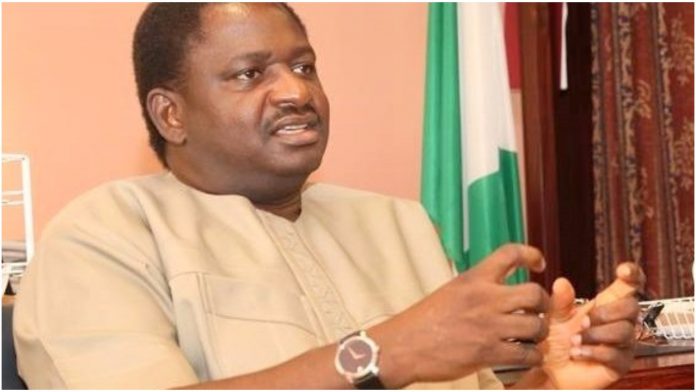 The Presidency has said on Monday that the question of the successor to the President, Muhammadu Buhari in 2023 was best answered by Nigerians, who would freely make the decision through the ballot.

It stated that Buhari would not “impose” his successor on the country, but would rather allow a democratic process to be followed through in electing the next President.

His Special Adviser on Media and Publicity, Mr Femi Adesina, who spoke on a live interview on Channels Television on Monday, was responding to the call made by the Serving Overseer of Citadel Global Community Church, formerly known as Latter Rain Assembly, Pastor Tunde Bakare, urging Buhari to set in a succession plan ahead of 2023.

Bakare had in a state of the nation address on Sunday, urged Buhari not to allow those he described as “looters” to take over the reins of power in 2023, adding that doing so would mean that the anti-corruption war of the current administration would have been in vain.

Bakare, a former running mate to Buhari when he contested the presidential poll in 2011 on the platform of the Congress for Progressive Change, said there were other leaders across Asia and Africa, who had a succession plan.

But the Presidency noted that much as Buhari would love to sustain his legacies after exiting office in 2023, he would not interfere with the democratic process by insisting on a particular individual to succeed him.

Adesina added that Buhari held his achievements dearly to his heart and would have ordinarily not allowed a system that would erase them succeed him, but clarified that the decision on his successor was not Buhari’s to take.

Recall that Buhari, in his New Year letter to Nigerians on January 1, had also said that he would stand down in 2023. Incidentally, Bakare’s call came about a week after he made a visit to Buhari at the Presidential Villa, Abuja, for a 40-minute meeting. The details of the closed-door meeting were unknown and he declined to speak with State House correspondents after the session with Buhari.

Last September, Bakare had announced to his congregation that he would be Nigeria’s next President in 2023, describing himself as one born to be President.

Bakare had said, “Take it to the mountain top if you have never heard it before. I am saying it to you this morning, in the scheme of things, as far as politics of Nigeria is concerned, President Buhari is number 15 and yours sincerely is number 16. I never said that to you before; I want to let you know it this morning; nothing can change it, in the name of Jesus. He (Buhari) is number 15; I am number 16.”

Tragic! How Rail Ticketer Was Killed By Coronavirus Having Been Spat At While On...