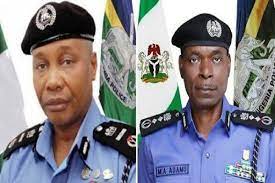 Mohammed Adamu has been relieved of his job as Inspector-General of Police on Tuesday, barely three months after his tenure was extended by President Muhammadu Buhari.

He was in Owerri, the Imo State capital, on assignment when his removal was announced at the State House in Abuja. His retirement was “with immediate effect.”

The ex-IG was due to retire on February 1, but President Muhammadu Buhari extend his tenure by three months – to end on May 1.

The minister said: “After a thorough check of a shortlist of suitably qualified police officers from the rank of DIGs and AIGs, who are eligible police officers, eligible for appointment as IGP, in line with Section 7, subsection 2 of the Nigeria Police Act (2020), and having regards to seniority, professionalism, record of service, and competence, Mr. President has approved the appointment of an acting IGP, in the person of Usman Alkali Baba, with immediate effect.

“These changes are in line with the determination of Mr. President to rejig the security architecture of the country, to ensure that the security challenges bedeviling the nation are brought to an end.

“Mr. President thanks the outgoing IGP, Mohammed Abubakar Adamu, for his professionalism and dedication to duty during the period of his tenure. He wished him all the best in his future endeavour.”

Those whose prayers God may not answer

We banned use of phones in school, pupils results and behaviour improved – Headteacher