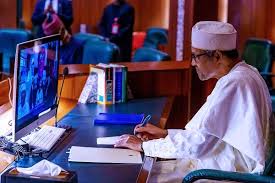 The National Economic Council has hinted at the commencement of community policing across the country in a tackle the recurrent issue of insecurity.

The new security plan, which is expected to halt killings, kidnappings, banditry and insurgency in many parts of the country, has got N13 billion cash approved by President Muhammadu Buhari.

Nasarawa State Governor Abdullahi Sule announced the decisions at the end of NEC’s sixth meeting this year, which was virtual, except for the attendance of a few of the members at the Council Chamber of the Presidential Villa.

Sule was one of those who attended the meeting at the Villa. Vice President Yemi Osinbajo presided.

He said: “Council resolved that the chair of the NGF (Nigeria Governors’ Forum) with two other governors would meet with the Secretary to the Government of the Federation, the Finance Minister and the Inspector-General of Police to co-ordinate the proper utilisation of the N13 billion funding of community policing in the states.

“State governments have been overwhelmed by insecurity expenditures and there is the need by the federal government to inject more funds to augment expenses by the states, among others.”

“The meeting made several observations and came up with recommendation, that would help government tackle insecurity in the country.”