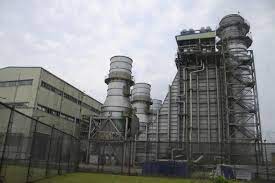 The recent power outage being experienced nationwide has been attributed to the collapse of eight power plants and a hydro station. These power plants include Sapele, Afam, Olonrunsogo, Omotosho, Ibom, Egbin, Alaoji and Ihovbor.

While the Jebba Power Plant was shut down for annual maintenance, seven other integrated power plants, including Geregu, Sapele, Omotosho, Gbarain, Omuku, Paras and Alaoji are experiencing gas constraints, while the Shiroro plant is experiencing water management problems.

This was made known in a statement signed by the Senior Special Adviser on Media and Communications to the Minister of Power, Aaron Airtimas, on Thursday.

According to the statement, the Minister of Power, Sale Mamman, expressed regret over the development, even as he offered apologies to Nigerians for the inconveniences the power shortage has caused them, assuring that the ministry through the appropriate agencies was working assiduously to rectify the technical and gas problems affecting the plants.

“The problem is caused by the breakdown of some of the National Integrated Power Plants supplying electricity to the national grid. The national grid would be restored to its previous distribution peak of about 5,600MW of electricity achieved early this year,” the statement read.