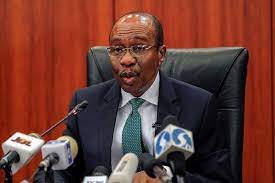 Central Bank of Nigeria (CBN) Governor Godwin Emefiele has mandated state governments to repay the Budget Support Loans given to them by the Federal Government.

He announced this in response to claims by Edo State Governor Godwin Obaseki that the Federal Government printed money to augment the March revenue shared by the Federation Account Allocation Committee (FAAC).

The governor alleged that the Federal Government is borrowing without a sustainable plan to sort out the debt load.

Emefiele explained that the apex bank’s interventions are meant to address the grim economic outlook because “Nigeria is unfortunately in a very bad situation,” He added: “If you understand the concept of printing of money, it is about lending money”.

“That is our job. To print is about lending money. So, there is no need of putting all the controversy about printing of money as if we go into the factory, print the naira and start distributing on the streets.

“It’s very inappropriate for people to give colouration to printing of money as if it’s some foreign words coming from the sky”.

Giving further clarification, Emefiele said “it’s important for me to put it this way that in 2015/16, the kind of situation we found ourselves in, we did provide a budget support facility to all the states of this country”.

“That loan is still unpaid up till now. We are going to insist on them paying back those monies since they’re accusing us of giving them loans”.

Defending the government’s action, Emefiele said “most countries in the world today are confronted not only by the challenges coming from the COVID-19 pandemic causing economic crisis and the rest of them.

“What I keep saying is that it will be irresponsible for the CBN or any other federal reserve to stand idle and refuse to support its government at this time and what we are doing here is being done in other climes.”

El-Rufa’i has 83 certificates from Havard – SAN