Bill Gates has lost the second richest man in the world spot to Bernard Arnault, the chairman and CEO of LVMH, which includes popular luxury brand, Louis Vuitton.

Arnault and his families are the majority owners of Christian Dior and LVMH, parent of such brands as Louis Vuitton, Celine, Fendi, Moët, Hennessy, Dom Pérignon, and others.

As LVMH’s share price has soared in 2019, so has Arnault’s worth.

It now stands at about $107.6 billion, more than $200 million ahead of Gates, Bloomberg estimates. 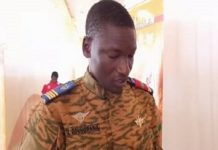