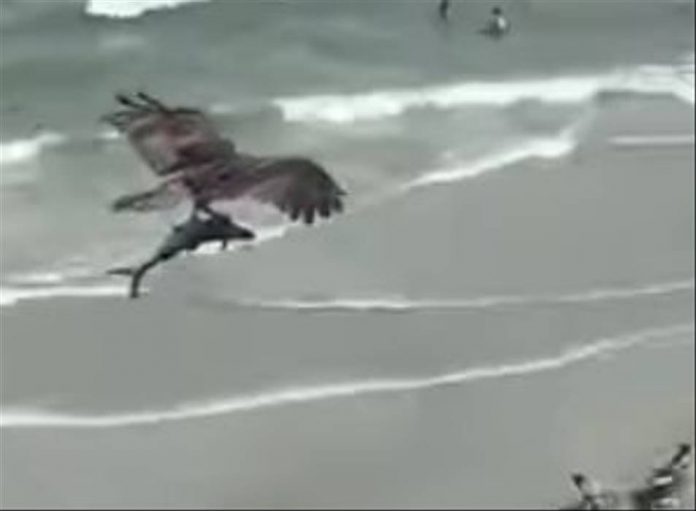 Holidaymakers on a beach tour in America expressed disbelief at the presence of a huge osprey flying over the sands with the massive fish trying to desperately escape.

An emerging footage captured in Myrtle Beach, South Carolina has shown huge Bird of Prey flying over the sands whilst grasping a big shark-like fish.

The video has sparked a debate as viewers try to establish what was flying above the popular American beach full of holidaymakers.

According to the Daily Mail, holidaymaker Ashley White captured the footage on June 22.

She told the paper that her mum first spotted the unlikely incident, adding: “She pointed and said,
It was then shared by the Tracking Sharks Twitter, where thousands of people tried to identify the type of bird and fish.

The account tweeted: “Anyone know what type of bird this is and is it holding a shark?”

Many people were divided on identification, with people split between identifying the fish as Spanish Mackerel or shark.