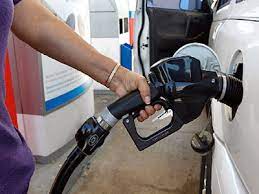 He announced this at the launch of Autogas at Flash Gas station in Ojota New Garage, Lagos.

Group General Manager/Special Assistant on Media to the Minister of State for Petroleum Resources, Garba Deen Muhammad, said the conversion would be expedited with the official launch of the National Gas Expansion Programme (NGEP) last December 1, by President Muhammadu Buhari.

According to Olajuwon, the Flash Gas station will convert up to 30 vehicles weekly.

He said the government’s one million vehicles’ conversion was achievable

“The initiative is part of 2017 Paris Convention resolutions to reducing Greenhouse gases. A million vehicles conversion by the end of the year is achievable because gas is available. It is clean. We took a bold step to set up this facility to key into the government’s policy,” he said.

He described the policy as one of best in the transportation sector.

According to him, average Nigerian spent 50 per cent of income on transport.
Special Adviser to Lagos State Governor on Transportation, Toyin Fayinka, described the initiative as laudable.