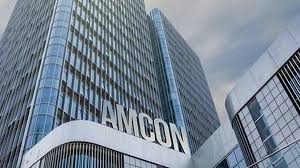 The Asset Management Corporation of Nigeria (AMCON) has seized the assets of Mr Frank Okwudili Ezuma and his wife Lilian, who are the chief promoters of Geedee Zulu Investment Limited, for their indebtedness of over N4 billion.

AMCON embarked on the takeover through its debt recovery agent – Prime Chamber Law Firm; in compliance to the enforcement order.

The take over of these properties was confirmed in a statement issued by the Head of Corporate Communications Department of the corporation Jude Nwauzor, who stated that all avenues of peaceful resolution were explored to no avail before AMCON made the decision to seek justice in the court of law.

The case of Geedee Zulu Investment Limited and its promoters have been interminable since the loan was purchased by AMCON during the first phase of Eligible Bank Assets (EBA) purchases from Union Bank since 2011.

Since the purchase of the EBA, AMCON has offered the obligor concessions and explored avenues to resolve the debt harmoniously, but the obligor and his company have remained recalcitrant and unenthusiastic to repay the huge debt to AMCON.

With no further option left, the government agency resorted to the court as mandated by the AMCON Act, which was amended by the Eighth National Assembly and signed into law by President Muhammadu Buhari.

No diplomatic row between Nigeria and Ghana – Foreign Affairs ministry