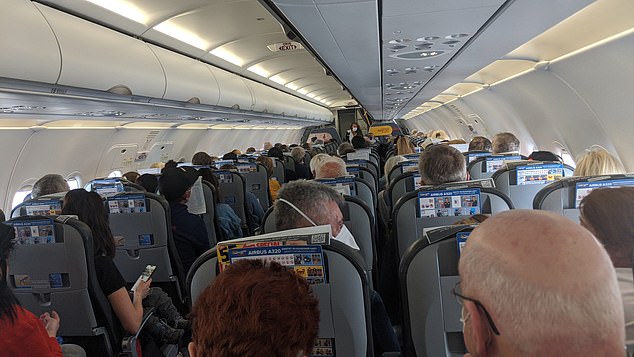 Airline, Aer Lingus is poised to review its traveling procedures after pictures emerged of a packed flight seemingly with no social distancing measures in place.

As the United Kingdom gradually eases the lockdown, few airlines have restarted operations, however, pictures from inside the cabin of a Belfast to London Heathrow flight on Monday morning emerged.

They showed row after row filled with passengers sitting in regular seats side by side with no apparent distancing restrictions.

Passenger Sean Mallon, who was travelling to England for work, told BBC Radio Ulster there was ‘no social distancing whatsoever’.

Mr Mallon claimed the cabin crew or other airline staff offered no guidance on social distancing and passengers were allowed to sit in their seats in the same way they would have before the pandemic.

Just two London services operate from Belfast City and City of Derry airports by Aer Lingus and Logan Air, with many construction workers needing to travel to the English capital for jobs.

Aer Lingus said any process changes required would be implemented as a ‘matter of urgency’. In a statement, the airline said: ‘In light of the unexpectedly high loads on the Belfast-London Heathrow service this morning and the level of demand for the route, Aer Lingus is reviewing its processes and procedures applicable to the operation of this service.

‘The safety and security of Aer Lingus’s customers and crew is our top priority and any process changes that are identified as being required will be implemented as a matter of urgency.’ 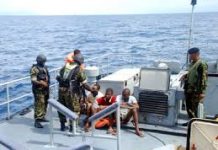 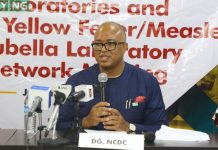 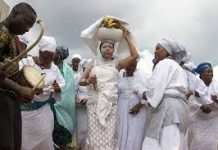