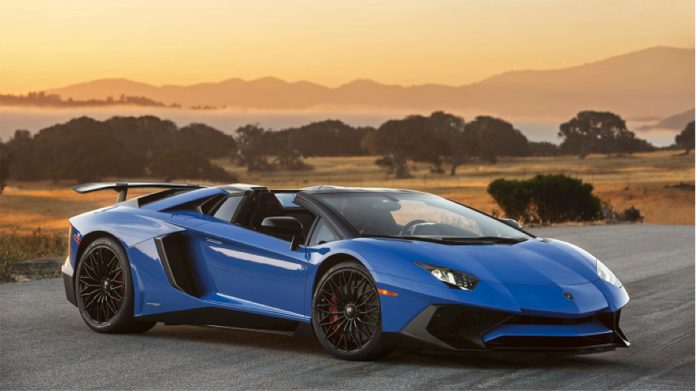 A £270,000 Lamborghini burst into a burning inferno after causing a multi-car smash with two other vehicles as it sped past police.

The luxury Italian super-sport vehicle, believed to be an Aventador wedding hire rental, was filmed with its lights still on as flames towered around it following the high-speed crash that injured three.

The green Lamborghini hire car was clocked by police as it blasted through the 40mph area before it lost control and slammed into a parked VW Golf that tragically still had someone inside.

The VW was hit so hard that it span out across the junction and into a parked Kia on Elinthorpe Street.

Shocking footage of the aftermath shows a streak of flames from the split tank leading up to the blazing body of the former supercar. The heroic police officers who were at the scene ran over to the burning wreckage and managed to dive in and save the stricken passengers.

Witnesses reported that the 25-year-old driver was part of a wedding party taking place in the city. He is believed to have suffered serious head injuries.

Emergency services rushed to the scene on Wakefield Road, Bradford, West Yorks, at around 10.30pm.

A West Yorkshire Police spokesman said: “The driver of the Lamborghini, a 25-year-old man, suffered head injuries and remains in hospital and the passenger a 25-year-old woman suffered minor injuries and has since been discharged from Leeds General Infirmary hospital.

“The male driver of the VW Golf suffered minor injuries.

“Police were not in pursuit of the Lamborghini. Roads Policing Officers ran on foot from their stationary vehicle to the scene of the collision to give first aid.”

Two local fire engines also attended along with police.The injuries incurred by the three people involved in the crash are not believed to be life threatening.

Promoter urge Deontay Wilder to step aside for Tyson-AJ rematch

We Can’t Survive By Carrying 20 Instead Of 72 Passengers Inside BRT, Says MD

Personality Profile: I was commercial driver for 16 years before becoming professor— Babagana...