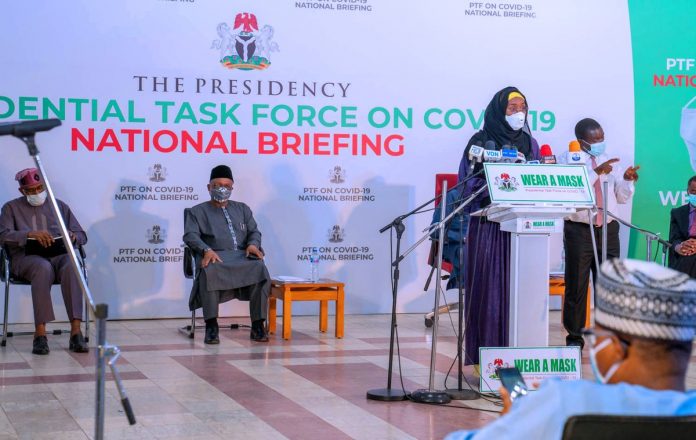 The Presidential Task Force on COVID-19 disclosed that 26 states were defaulting on COVID-19 test targets.

The Federal Government also lifted restriction on sporting activities, including football, and cleared all categories of civil servants for resumption of work.

The Chairman of PTF who also doubles as the Secretary to the Government of the Federation, Boss Mustapha, told journalists at a briefing in Abuja that only the Federal Capital Territory and Lagos had achieved the target of testing one per cent of the population, while 26 states of the federation had yet to test up to 25 per cent.

He said apart from the FCT and Lagos State, three states that had crossed the 50 per cent testing mark were Plateau, Gombe and Rivers.

He said, “Twenty-six others are yet to measure up to 25 per cent. This is considered a serious problem, which is further compounded by the increasing general apathy and disbelief about the risk of COVID-19 in Nigeria.”

He recalled that at the last briefing on Monday, he said the PTF had compiled all its observations and findings and would in due course present the 8th Interim Report and recommendations to the President, Major General Muhammadu Buhari (retd.), to enable the national response proceed into the next phase.

UK to pay families of NHS and social care staff who die from coronavirus...