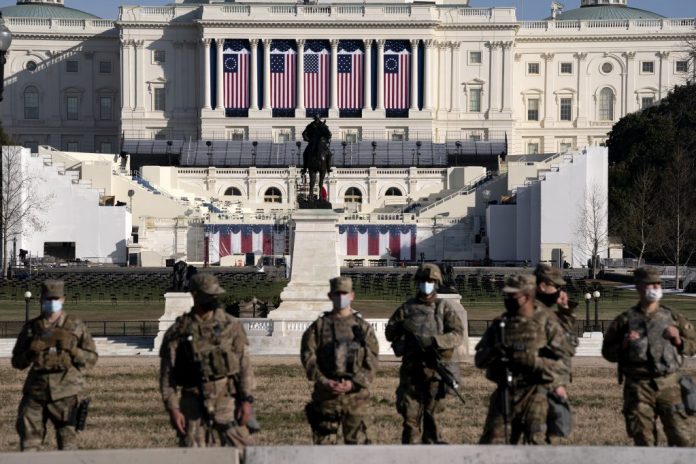 Security officers on Friday arrested a man with a loaded handgun and more than 500 rounds of ammunition in Washington at a security checkpoint near the US Capitol, authorities said.

Wesley Allen Beeler, of Virginia, attempted to use a phoney credential to access a restricted area in the capitol where President-elect Joe Biden will be inaugurated next week, according to a document filed in Washington DC Superior Court.

As officers checked against an authorized access list, one of them noticed decals on the back of Beeler’s pick-up truck that said “Assault Life,” with an image of a rifle, and another with the message: “If they come for your guns, give ’em your bullets first.”

Following his arrest, Beeler said it was “an honest mistake” and that he was a private security guard who got lost on his way to work near the Capitol.

This incident follows a week of tension after a mob of Pro-Trump supporters has stormed the US capitol on January 6 in a desperate attempt to prevent lawmakers from certifying Joe Biden’s election.

Five people died in the assault, including a police officer.

Washington is under a high state of alert ahead of Biden’s Wednesday inauguration.