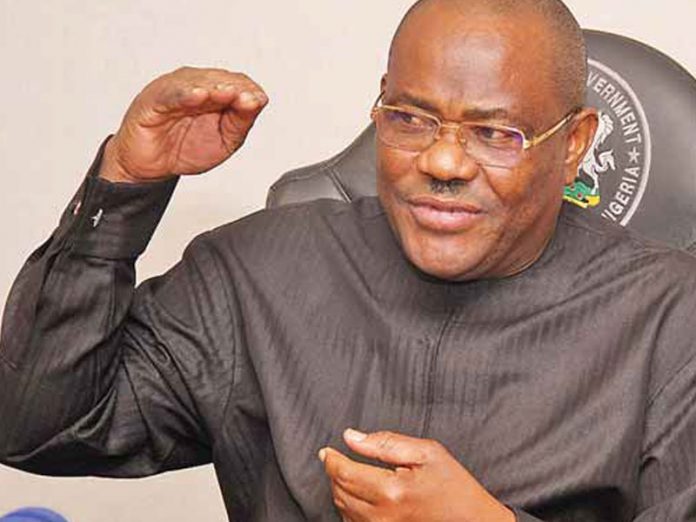 Rivers State Governor, Nyesom Wike, has decried the inability of the country to conduct credible elections after several years of practising democracy.

This is as the governor instituted a N100m Empowerment Programme for Wakirike Women from Okrika and Ogu/Bolo local government areas for “defending the Rivers mandate” during the 2019 elections.

Wike spoke on Friday at the Government House in Port Harcourt during a solidarity visit by the leaders and people of Okrika and Ogu/Bolo local government areas.

Commending the Wakirike women for defending the Rivers mandate against invading soldiers during the elections, the governor urged the Rivers people to always ensure that their votes count during elections.

He said the N100m meant for the empowerment programme was to be shared equally by the women of Okrika and Ogu/Bolo local government areas.

Wike also promised to provide infrastructure for the people of the local government areas. He also said he had respect for traditional rulers in the state, saying they were under obligation to promote the culture of the Rivers people.

In an address on behalf of the Wakirike Ethnic Nationality, Senator George Sekibo said that they were at the Government House to congratulate the governor on his victory at the 2019 polls.

Why APC will rule beyond 2023 – Abdullahi

“No weapon formed against you shall prosper,”Emir of Daura assures Buhari