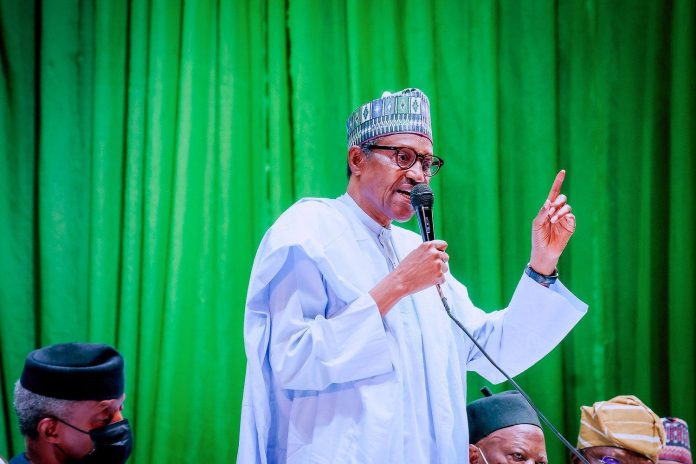 President Muhammadu Buhari has highlighted his administration’s achievements despite the nation’s dwindling resources.

He said that even if the records are not acknowledged by some stakeholders, the administration did well with the available resources.

The President said although some of the challenges remain, a lot has been achieved, especially in infrastructure and in the battle against insurgency.

In his words, he met a comatose railway and power infrastructure that was “virtually killed”.

“This administration has done extremely well. I have to say it because those who are supposed to say it are not saying it. I don’t know why,” he said.

He also inaugurated the redesigned Imo House of Assembly Complex in new Owerri, along Port-Harcourt road, Owerri, the state capital.

Igbo leaders, including the Ohanaeze Ndigbo leadership, received the President, with the socio-cultural organization restating its commitment to the Nigerian project.