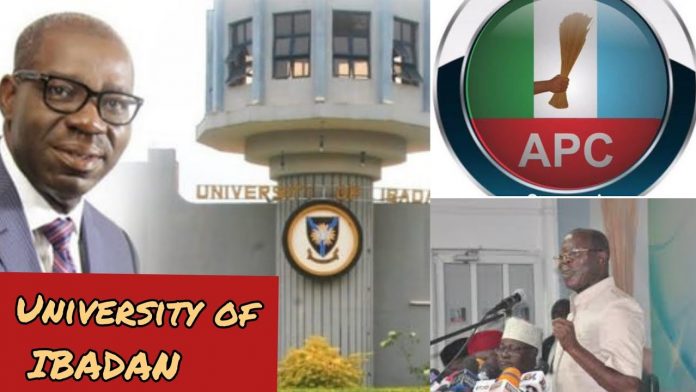 University of Ibadan has dismissed as false claims by the All Progressive Congress that Mr Godwin Obaseki was awarded two certificates with separate dates.

This comes in response to the ruling party’s decision to disqualify Mr Obaseki, who presently serves as the incumbent governor of Edo State from APC’s June 22 governorship primary election in the state.

APC Screening Appeal Committee led by Abubakar Fari, on Saturday, had corroborated the report of the screening committee by stating that “It is inconceivable that the same University will award two certificates with separate dates for the same graduate.

However, UI Registrar, Olubunmi Faluyi, on Sunday restated that Obaseki graduated from the institution in 1979.

Faluyi said the institution’s stand remained as contained in an earlier statement that “Obaseki gained admission to the University in 1976 and graduated in 1979 with a Second Class Honours, Lower Division. Records of his Admission and Graduation are intact in the archives of the University.”

He said “We stand by our statement on Obaseki. How can you issue two certificates to a candidate? That is not true. It is not possible. He graduated in 1979 from the university. We issued only one certificate to him, not two.”