Spokesperson of the Afenifere Renewal Group, Yinka Odumakin has said that his criticism of the Buhari led administration arose due to need to ensure the government leads the nation on the part of development by getting things right.

He made his remark during an appearance on Channels TV’s Sunday Politics during which he was questioned about the security situation in the country, the detention of the convener of the #RevolutionNow Movement, Omoyele Sowore, among other things.

He noted that the government would receive commendation for every right steps taken, citing the national honour given the Chief MKO Abiola, other heroes of Democracy and declared June 12 as the nation’s Democracy Day.

When questioned on his believe in the activities of the present government, Odumakin said, “When they do good things.

He observed that even if he supports a government, he cannot keep mum if the government dies not get things right, adding that he has no other country, and his keen to see things improve in Nigeria. 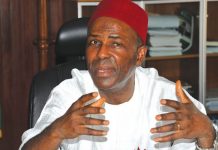 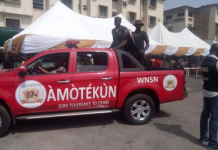 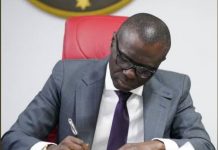 Kenyan Lawmaker asks for law to tackle farting on planes

Personality Profile: I was commercial driver for 16 years before becoming professor— Babagana...