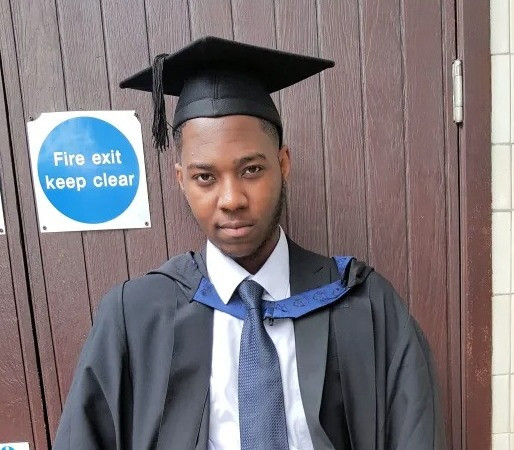 A 24-years old NHS Staff has been murdered by masked killers just days after his dad died of coronavirus.

David Gomoh from Canning Town, East London, was due to attend his dad Ken’s funeral tomorrow after he died from the killer bug.

But he was stabbed to death just seconds after leaving his home at 10.25pm on Sunday, The Sun reports.

Checkout Magazine gathered that the deceased was talking on the phone to a female friend when he was stabbed “multiple times in a ferocious assault” by a group of men wearing masks.

The police don’t believe David was targeted but believe the group were intent on violence, The Sun Online understands.

“Within days his mother has seen the death of her husband and son; his sister has lost her brother and father, both are now heartbroken.

“He was apparently approached by a group of men wearing masks and stabbed multiple times in a ferocious assault.

“I have no doubt this was a planned attack that singled out David because he happened to be in that area.