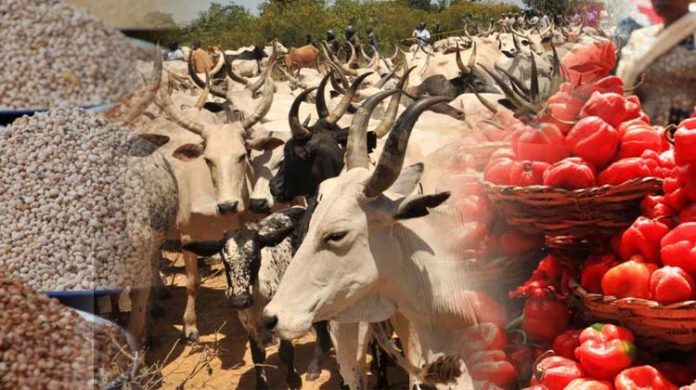 The Amalgamated Union of Foodstuff and Cattle Dealers of Nigeria has commenced an indefinite strike to protest the government’s failure to address the alleged killings of its members in parts of the country.

The union prevented its members from moving cattle and foodstuffs to the southern part of the country.

A number of trailers transporting cows, tomatoes, onions, pepper, grains and other commodities were prevented from leaving a border town in Niger State to the southern part of the country on Friday.

A video of a long line of trailers stopped by the union had circulated on social media.

The Financial Secretary of the AUFCDN, Kabiru Salisu, on Friday told PUNCH that a task force set up by the union was enforcing the strike in Niger State and other areas.

He said the government had not reached out to the union on its demands, hence the strike which he said was indefinite.

Salisu said, “There is a task force that we set up to enforce the directive by the union that there would be no transportation of cattle and foodstuffs to the South with effect from Thursday. So, the union set up the task force to prevent sabotage.

“In the communiqué we issued, we said the strike would start yesterday (Thursday), and so, we have started the strike. Now, there is no loading of commodities to the South, but those who attempted to violate the directive were stopped in Niger State.”